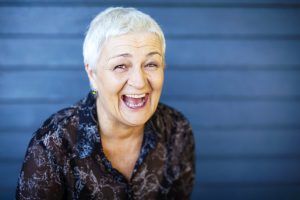 She’s won two international business awards for both thought leadership, is the author of two books and her Goalcast talk has over 15 million views.

In a former life Toni was founder and director of the uplifting Heart of Gold International Film Festival – an event that had a huge impact on a community, toured Australia through Hoyts, and was so successful that Toni was the subject of a heartwarming episode of ABC’s Australian Story called ‘Let there be Light’.

Failure, trauma and disaster can be a fantastic springboard

Toni’s great gift is using stories and comedy to teach simple ways all of us can use to turn our pain, stress, failure and trauma into a fantastic springboard to better things.

It’s amazing to find that you can overcome almost anything with a few simple tools and Toni’s work is chock-a-block full of useful, easy, simple tools that actually work in real life.

A sizzle reel … snippets from various keynotes to get you sizzling 😁 The Yellow Car – How to Stop Driving Yourself Crazy:  A book for all the worrywarts – this short illustrated true story helps people find a way to let go of their worries instantly.

What a Feeling! – How to Have Better Relationships with Everyone You Know: dive straight to the essence of our human capacities to overthink and to create blind spots in our perceptions of the world and our opinions of those around us. This funny book allows us to see the ways we might be accidentally messing up our relationships without meaning to.